On March 9, 2016, the worlds of Go and artificial intelligence collided in South Korea. 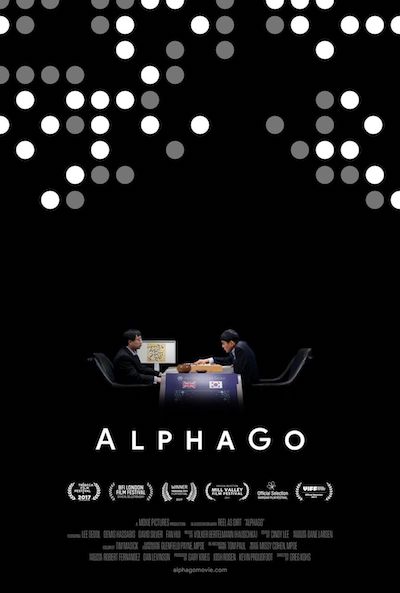 On March 9, 2016, the worlds of Go and artificial intelligence collided in South Korea. The best-of-five-game competition, coined The DeepMind Challenge Match, pitted a legendary Go master against an AI program that was still learning to play the world’s most complex board game. AlphaGo chronicles a journey from the backstreets of Bordeaux, past the coding terminals of Google DeepMind in London, and, ultimately, to the seven-day tournament in Seoul. As the drama unfolds before an audience of over 280 million viewers worldwide, more questions emerge: What can artificial intelligence reveal about a 3000-year-old game? What will it teach us about humanity?

Directed by Greg Kohs with an original score by Academy Award nominee, Hauschka.